The poll asked 1,137 American adults “How important is it for the United States space program to do each of the following?” and the top response was “Monitor asteroids, comets, and other events in space that could impact Earth” with 68% of respondents believing this to be extremely important.

The second highest priority is to “conduct scientific research to expand knowledge of the Earth, solar system, and universe” with 58% of respondents believing this to be extremely important.

B612’s work creating a map of the asteroids fulfills these top two priorities. A comprehensive map of our inner solar system will 1) give us advance warning of near-Earth asteroids that are on course to impact our planet and 2) advance our knowledge of the solar system by revealing more about asteroids and by providing a pathway for scientific missions to visit more asteroids.

You can read more about the poll here. 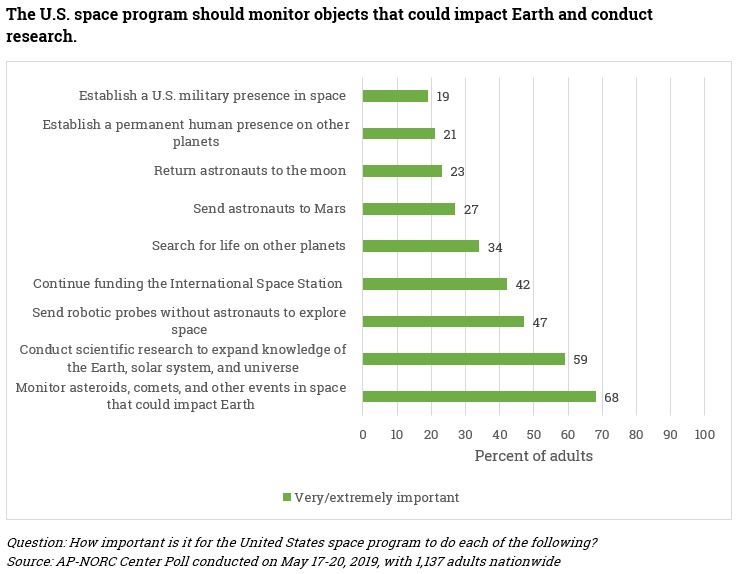 “If you want to know the evolution of the Earth, that record is written in the asteroids.”

– Dr. Ed Lu, Asteroid Institute Executive Director, made a case for a map of the asteroids at the Long Now Foundation in March. You can watch his talk here.

remy@b612foundation.org
THE WORLD NEEDS YOUR HELP. BE PART OF OUR MISSION CREW.