Sampling the Surface of Asteroid Bennu by Scott Manley

On October 20th OSIRIS REx will grab a sample of asteroid Bennu which has been in space since the earliest days of the solar system. 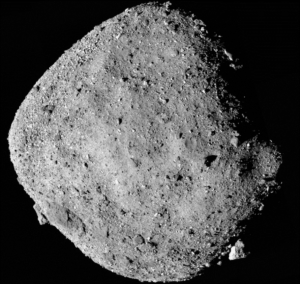 For the last few years the OSIRIS Rex spacecraft has been carefully studying and surveying the small asteroid Bennu, looking for a spot on its surface with all the characteristics needed for it to perform one of the most critical parts of its mission. Next month on October 20th  OSIRIS REx will perform a carefully orchestrated descent towards the surface, threading its way between boulders sticking out of the rough surface, so that it can gently place a cleverly engineered device on the surface and grab a sample of this asteroid which has been in space since the earliest days of the solar system.

It’s not the first time spacecraft have tried to get samples from an asteroid for return to Earth, Hayabusa 1 returned  tiny grains from Itokawa to Earth, Hayabusa 2 has a few grams from Ryugu and is currently heading home, but Osiris Rex might grab more than a kilogram of gravel from the surface of Bennu. This collection will reveal details and discoveries  locked in those rocks.

OSIRIS REx set out to return a large sample from an asteroid, and long before it launched there were many engineering problems to solve, firstly designing a tool which can grab a sample of an asteroid when you’re not 100% sure what to expect is not a trivial task. What the design the team came up with is a bit like a vacuum cleaner.  The surface is believed to be a loose gravel, so the sampling system will place  a donut shaped collector on the surface, will blow gas down the middle, agitating the surface and blowing it radially outwards into the collector. The sampling system design was tested before leaving Earth, but, for safety reasons it wasn’t possible to test both microgravity and the vacuum simultaneously. So, it can be argued that when OSIRIS Rex attempts the sample capture, it will be the first true test of the system.

While I’m sure the team has few doubts about the operation, the mission hasn’t been without surprises. The target asteroid was chosen in part because its thermal properties made it look like it was mostly covered in fine particles making it easy to find a sample site, but in reality, Bennu was covered in rocks and boulders. A massive mapping project used citizen scientists to identify and tag rocks across the surface, and helped identify a handful of sites with enough clearance to approach and perform the sampling. Even then the chosen site ‘Nightingale’ features a relatively large rock just outside the target area which has earned the name ‘Mount Doom’ from engineers attempting to design the sample collection maneuver.

The maneuver has already been rehearsed twice with the spacecraft following a carefully planned trajectory that threads the needle to the center of the collection site, but in the rehearsals the spacecraft has stopped and turned back about 100 feet from the target. However these rehearsals have allowed the team to verify that the spacecraft is on target, with the Touch and Go Sample Acquisition Mechanism (TAGSAM) device extended, and its delicate solar panels folded up away from the surface to minimize the threat of debris which might be dislodged during sampling. Next month this whole sequence should be performed to completion, and once the spacecraft returns to its original orbit it’ll test the sample by weighing it. You might wonder how you weigh an object when there’s no gravity in space? The arm with the sample canister on it will swing around in a circle and sensors in the arm will measure the forces and accelerations to ensure that the container has more inertia compared to when it was empty. When this is verified, the sample container will be sealed inside a reentry capsule for its return to Earth in 2023.

While the sampling and characterization work that Osiris Rex will do does not directly  advance the Asteroid Institute’s quest to locate and track asteroids, it will certainly help advance our understanding of the surface properties of asteroids.  Knowledge of such characteristics can help us better model how asteroids re-radiate solar energy into space.  This effect, called the Yarkovsky effect, can affect the trajectory of asteroids on timescales of many years.  Also, a better understanding of asteroids surfaces will help us better model the effectiveness of the kinetic impactor method of deflecting asteroids.  Both of these areas are clearly relevant to the Asteroid Institute’s mission of planetary defense. 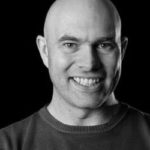 Scott Manley is an Asteroid Institute Advisor and Research Collaborator. Scott is also a scientist, ‘astronogamer’, astrophysicist, programmer, and YouTube star, Scott is known for his space-themed YouTube channel where he brings science into video games and teaches kids of all ages the math behind rocket science. Originally from Scotland, Scott spent a decade in academia studying astrophysics and computational physics at the University of Glasgow and Armagh Observatory where he focused on small bodies in the solar system and specifically the probabilities of collision. He left research in 1999 to move to California and work in the technology industry. When the video game Kerbal Space Program appeared, he became a public science figure through his YouTube videos explaining the game and the science involved. His videos have generated almost 360 million video views and 1,100,000 subscribers.