Every Asteroid Institute hackathon brings our contributors together to work with high intensity on the most important goals for our software system. We wanted to build on the successes of our last hackathon in October 2019, where we made it possible for users to start using ADAM (our asteroid analysis system) in under ten minutes, as well as improving our impact probability calculations. This time, we convened in Seattle, hosted by members of the DIRAC Institute at the University of Washington. 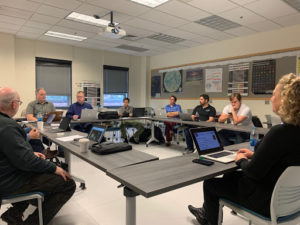 Our goals for this hackathon were to create a web client for ADAM that could run a single orbit propagation, as well as continue our development on estimating impact probabilities. We also met with members of the Google Cloud team to discuss solutions for scaling our ADAM server to handle large quantities of input.

During our last hackathon, we developed Jupyter notebooks that new users could use to start running orbit propagations. The notebooks ideally can get new users to start using ADAM in under ten minutes, but there are a few parts we had to configure manually. The number of steps to setup the notebooks can still be a little daunting, so we thought about how we could abstract away some of the manual work. With the web client, we were able to replicate the behavior of the tutorial notebook that runs a single propagation, without requiring any extra software setup beside a web browser and a Google account for authentication, and without requiring any coding knowledge from the user. While we did not spend time on web visualization, now that we know how to access the ADAM API from the web, we are one step closer to our dream of creating an interactive “space map”. 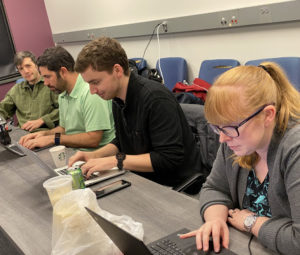 In addition to making ADAM easier to use for orbit propagation, we continued working on orbit determination and calculating impact probabilities. These capabilities are key to understanding the impact threat of any particular asteroid. Since the last hackathon, where we used sigma points from JPL Horizons to estimate an orbit, we were able to get the Monte-Carlo propagation running from an initial state vector and covariance. We also continued to test the orbit determination function in OpenOrb, and found some discrepancies in reproducing some known orbits, which we are investigating. We are looking forward to continuing work on this and the eventual integration into ADAM!

With the developments made during this hackathon, we are excited that we have a good starting point for more work in the months ahead. Many thanks to our hosts at UW and members of the team who coordinated logistics, as well as everyone who attended and helped us advance our system. Special thanks to our partners in Google Cloud, who provided guidance with our software architecture. 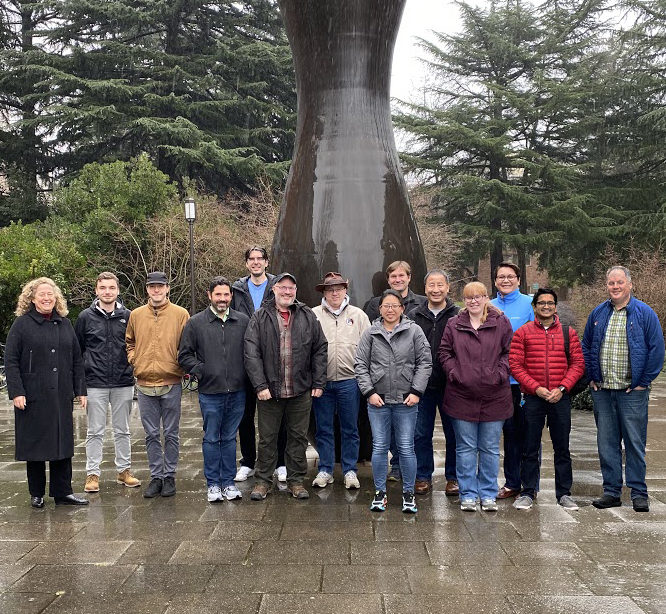 Carise Fernandez is the lead software engineer at B612 Foundation. She formerly worked at Google in the security product team in Google Cloud Platform. Prior to Google, she led software development teams at various startups.