Have you ever wondered how an asteroid gets named? Asteroid Institute Researcher Dr. Sarah Greenstreet describes the asteroid recently named after her.

From the first time I heard as a new graduate student that asteroids are often named after astronomers to recognize their contributions to the field, it’s been my dream to be one of those astronomers. Who wouldn’t want an asteroid named after them? Well, last month, I found out my wish had come true when it was announced in a bulletin from the International Astronomical Union’s Working Group on Small Bodies Nomenclature that asteroid (30535) 2001 OR5 had been named “Sarahgreenstreet”.

As an orbital dynamicist, I immediately wanted to know what type of orbit Sarahgreenstreet has and was excited to find out that it is a member of the Hungaria group of asteroids that sits just inside the inner edge of the main asteroid belt, between the main belt and Mars. The Hungarians, as they’re often called, are the innermost dense concentration of asteroids in the Solar System and are named after their largest member, (434) Hungaria.

Hungaria asteroids are on mostly circular orbits that are tilted to fairly high angles (24 deg) out of the planetary plane. They lie close enough to the orbit of Mars that over millions of years the gravitational influence of Mars has slowly moved a portion of these asteroids from their location near the inner edge of the main belt to the near-Earth asteroid population and sometimes onto Earth-crossing orbits where they have the potential to impact the Earth. Due to their unique composition among asteroids in the main belt and the process by which they can be moved from orbits outside that of Mars to those that are Earth-crossing, the Hungarias are believed to be one of the sources of a type of meteorite found on Earth known as Aubrites. 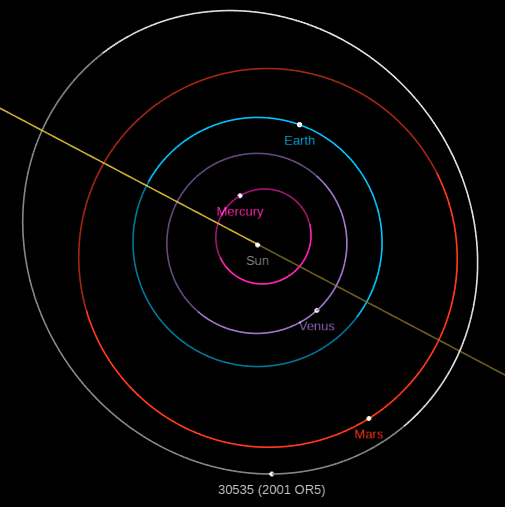 Overall, as someone who studies long-term changes to asteroid orbits as well as the asteroid impact threat to the Earth, I’m pretty pleased with the asteroid that now has my namesake.

So how did this asteroid come to be named after me, and how do asteroids generally get their names? Planetary and natural satellite nomenclature has been overseen by the International Astronomical Union (IAU) since its inception just over a century ago in 1919. The naming of asteroids, in particular, is handled by the Working Group on Small Bodies Nomenclature (or WGSBN).

The process for an asteroid to reach the state where it can be named is long and often takes many decades after the asteroid’s discovery. The process starts for an asteroid when two nights of observations showing its discovery cannot be identified with any previously-known object. This prompts the asteroid to receive a provisional designation (or license plate of sorts) that follows a formula set by the Minor Planet Center (MPC), which hosts a public list of all known small bodies in the Solar System including their orbits and all reported observations. The MPC is responsible for the tallying of all known asteroids and determining when each is ready to be named.

An asteroid’s provisional designation given by the MPC includes the following: a 4-digit number indicating the year of discovery, a space, a letter to show the half-month the discovery was made in, another letter to show the order within the half-month the discovery was made, and an optional number to mark the number of times the second letter has been repeated in that half-month period. For example, the provisional designation for Sarahgreenstreet is 2001 OR5, which means it was discovered between July 16-31 in 2001 and was the 142nd asteroid to be discovered in that half-month period; 2001 OR5 was, in fact, discovered by the Lowell Observatory Near-Earth Object Search (LONEOS) survey on July 17, 2001.

The current rules, as laid out by the MPC and recognized by the IAU, provide a clear formula for determining the discoverer of an asteroid. The rules state that the discoverer of a numbered asteroid is the observer who was the first to report an observation at the opposition with the earliest-reported second-night observation. In other words, a newly-discovered asteroid needs a second night of observations to be reported for the asteroid to receive a provisional designation (since a single night of observations has the potential to be a fluke or simply an artifact in the images), and once that second-night observation is reported, the observer that first reported the initial observations gets discovery credit.

In the era of “big data” where astronomical surveys are taking hundreds of images covering large patches of sky each night, producing large data sets over decades of observations that host vast quantities of asteroids waiting to be teased out of the data, discovery credit is bound to get more complicated. Sometimes asteroids buried in the data can only be extracted (i.e., discovered) through complex software written most often by astronomers who are not members of the survey observer groups. However, how discovery credit will be assigned in these cases is an open question. For instance, the jury is still out on whether discovery credit of an asteroid found in a survey data set using a piece of software written by an astronomer not directly associated with that asteroid survey should go to the software developer or the survey observer. One could argue that the asteroid would not have been discovered had the software not pulled it out of the data. On the other hand, the data in which the asteroid is found wouldn’t exist in the first place if the survey hadn’t taken the images. It will be up to the MPC and IAU to determine how asteroid discovery credit will be assigned in this scenario. Currently only observatories with MPC-designated codes can submit observations to the MPC database, so if discovery credit is to go to the software developer as the person who found the asteroid in the data, in this case, the way observations are reported will also have to be amended. Overall, the era of big data may very well prompt some changes to the way asteroid discoveries and credit for those discoveries are made. Of course, since it often takes many decades before discovery credit is given and an invitation to suggest a name for the discovered asteroid is made, the current issue may not be resolved for a while.

In the meantime, however, in more straight-forward scenarios asteroids continue to be named by their discoverers. A discoverer is given a period of 10 years after the asteroid they discovered is numbered to suggest a name for the asteroid to the WGSBN. Discoverers provide a short description of the suggested name and their reason for choosing it and then the 15-person WGSBN judges the suggested name. If approved, the name becomes official when it is announced by the WGSBN and the MPC.

So what kinds of asteroid names are allowed? Several rules apply to names that can be suggested. Suggested names must be 16 characters in length or less (luckily for me, “Sarahgreenstreet” is 16 characters), preferably one word, pronounceable, non-offensive, and not too similar to an existing name of a known minor planet or natural planetary satellite. If a discoverer wants to suggest a name based on persons or events known primarily for their political or military activities, such names are only acceptable after 100 years has elapsed since the person died or the event occurred. In addition, names of pets are discouraged (sorry all you cat and dog lovers out there) and names of a purely or principally commercial nature are not allowed. If the discovered asteroid falls into a specific dynamical category based on its orbit, such as a near-Earth asteroid (NEA), detailed naming guidelines are provided. In the case of NEAs, they are generally given mythological names, although not those associated with creation or underworld themes, since those are reserved for other dynamical groups. Discoverers of multiple asteroids are also requested by the IAU to submit no more than two names every two months.

This sounds like a lot of rules but actually leaves the door wide open for discoverers to name their asteroids pretty close to anything they can think of. For example, many whimsical or funny asteroid names exist, such as (24680) Alleven, (13579) Allodd, (88705) Potato, and (20461) Dioretsa, which is “asteroid” spelled backwards — a fitting name for the first asteroid discovered to orbit the Sun backwards. Some are named after book or movie characters or actors, such as (7470) Jabberwock, (9007) James Bond, (13681) Monty Python, (4864) Nimoy, (12818) Tomhanks, and (8353) Megryan. Other names follow a more heartfelt approach and are a tribute to inspiring individuals, such as (241528) Tubman for Harriet Tubman, (284996) Rosaparks, and (316210) Malala for Malala Yousafzai. Our friend to the Asteroid Institute and Asteroid Day, Astronaut Leland Melvin, talked about his asteroid and naming process during Asteroid Day 2021. And many asteroids are named after astronomers, which I can now say includes me.

The process by which asteroids are named for astronomers in recognition of their contributions to the field of astronomy and asteroid science is a bit different from that of an astronomer suggesting a name for their own discovered asteroid. In this case, any astronomer that has discovered at least one asteroid can suggest the name of a colleague to the WGSBN for naming an asteroid after. The chosen asteroids given the name of said colleague are almost always those discovered by large asteroid surveys that have reached numbered status and await being named but are too numerous to all be named by the survey observers. In my case, my graduate thesis advisor, who has discovered numerous asteroids and moons throughout the inner and outer Solar System, was the one who submitted my name to the WGSBN, for which I am deeply thankful.

Overall, asteroid names are a pretty fun topic, and I encourage you to hunt through the MPC’s list to find your favorites (https://minorplanetcenter.net//iau/lists/MPNames.html). As I said before, asteroid naming rules are bound to be amended in the future as larger asteroid surveys come online, such as the Vera C. Rubin Observatory’s Legacy Survey of Space and Time (LSST), which is expected to discover ~100,000 NEAs and ~5,000,000 main belt asteroids. These are vast numbers and are even more exciting when realizing that even more asteroids will be buried in the data waiting to be extracted by software like that being developed in the B612 Asteroid Institute’s Asteroid Discovery, Analysis, and Mapping (ADAM) platform1. This may mean that in the future astronomers who don’t observe asteroids with a telescope but have the ability to write the needed software to find those hard-to-find asteroids in the data can be asteroid discoverers too and may one day have the honor of naming their discoveries. 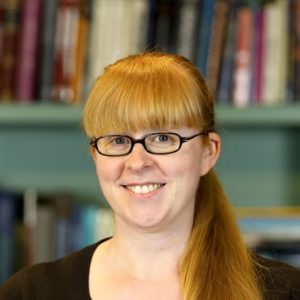