Asteroids in the Inner Solar System by Dr. Sarah Greenstreet 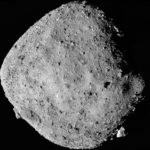 In a feature article in Physics Today, Asteroid Institute senior researcher, Dr. Sarah Greenstreet, explains why the solar system is far from a static environment due to the interactions between planets and asteroids. She describes how the gravitational influence of planets over small bodies, particularly those in the solar system’s inner regions, has modified many asteroid orbits in dramatic ways, leading to their different existences. You can read the full article here. 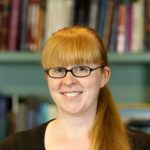