B612 Heads to San Diego for Apollo 9 50th Anniversary Gala

Members of the B612 community flew to San Diego from all over the country to celebrate the 50th anniversary of B612 co-founder Rusty Schweickart’s flight on Apollo 9.

The Air and Space Museum of San Diego, home to the Apollo 9 Command Module, hosted the mission’s astronauts – Jim McDivitt, Dave Scott and Rusty Schweickart – along with two of its Flight Directors – Gene Kranz and Gerry Griffin. 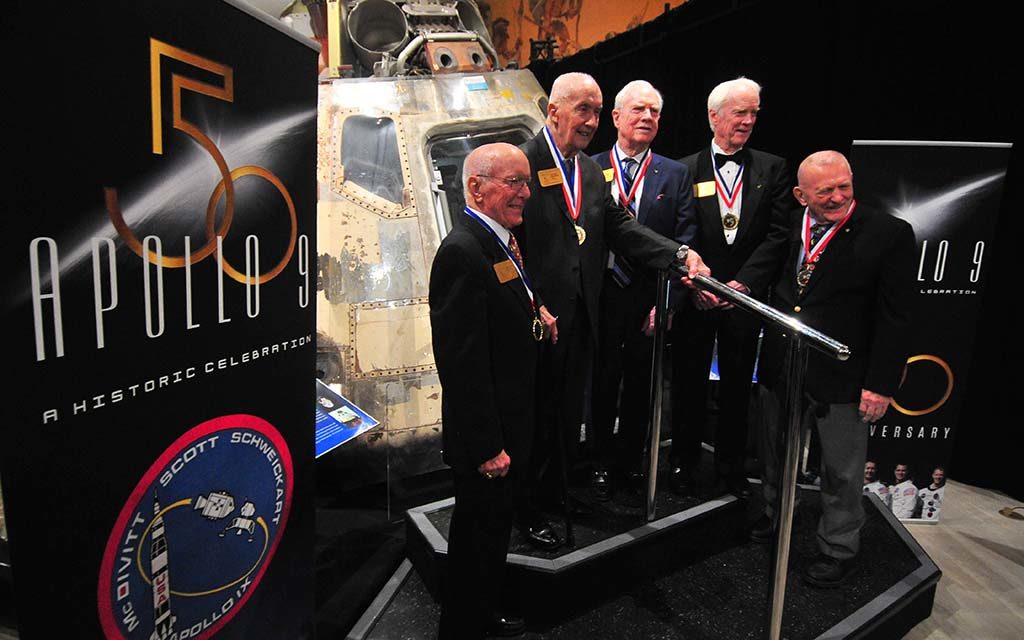 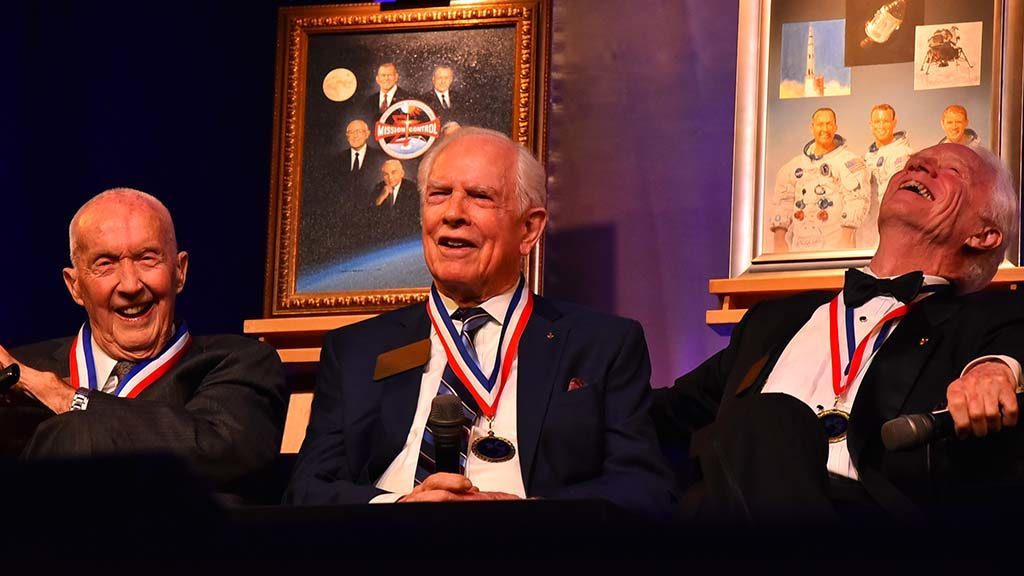 The night featured a reception, a dinner, and a rousing panel with the crew remembering the past heroes of the Apollo program and discussing the future of spaceflight (as well as stories about how bad Tang tasted and how Jim McDivitt and Dave Scott hid tapes from Rusty to prevent him from playing classical music on the flight).

You can see a full gallery of photos from the event here. 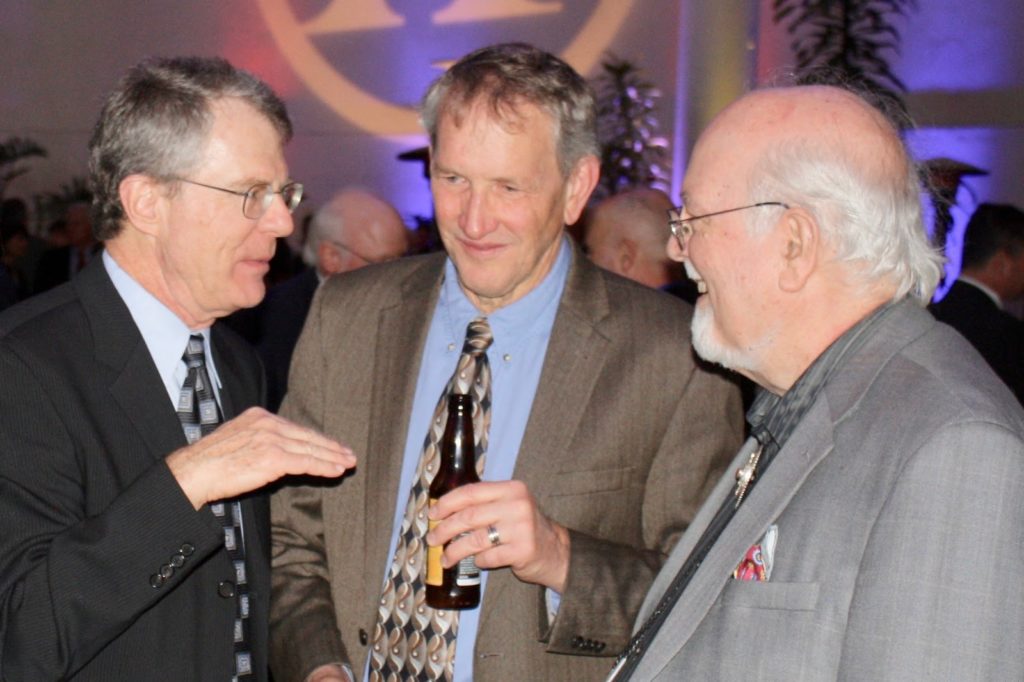