“I believe that people who take the long view are the ones who actually change the future.” ~Esther Dyson

We recently sat down with early Founding Circle member Esther Dyson to learn more about her commitment to space, solving problems and why she was an early supporter of B612’s vision.

Tell our readers a little bit about yourself. What do you do for work? For fun?

My current professional focus is Wellville, the 10-year nonprofit project I founded back in 2014. We work in five small communities around the US, coaching local leaders who applied to join. (It’s not a nice white lady from New York with a program; it’s more catalyzing what they are already doing.) And it’s just a microcosm of what the whole world should do.

We are working to help them think long-term, to build institutions and systems that foster health and equity. One example includes helping to organize a class led by a local doctor, working to engage a group of underprivileged teens in learning science and statistics and self-awareness through their own health trackers.

When you were a youngster, what did you think about the universe or our solar system or space in general?

Honestly, I took it for granted. My father, Freeman Dyson, was an astrophysicist, so, as any youngster might, I figured it was all taken care of! As I got older, I realized progress in the exploration of space had stalled. I was inspired to get more involved; I ran two conferences called Flight School focused on air taxis and New Space, though that particular effort ended in the downturn of the mid-2000s. But meanwhile, I invested in Zero-G and Space Adventures, the company that arranged the first trips for private space tourists. 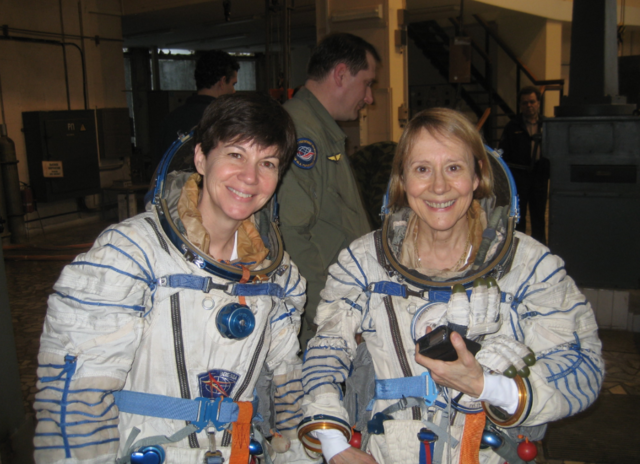 I ended up becoming a customer as well – though only for the training, which was an order of magnitude cheaper than the actual flights. From September 2008 to March 2009 I trained at the Yuri A. Gagarin Cosmonaut Training Center in Star City, Moscow. It was an amazing time: I learned about space plumbing and space medicine, and also improved my Russian! When I returned, I met with some members of the NASA Advisory Council to talk about getting the astronauts genotyped. They politely declined, but I ended up getting invited to join the NASA Advisory Council and spent two years as Chair of the Technology Advisory Committee.

What about B612 and its mission intrigued you the most?

What I remember most clearly about B612 when I first discovered the group was the common sense it espoused. They were people coming together to solve a problem – the real problem of potential Earth-impact asteroids. That’s what I believe in, solving the problem before it’s too late.

As an early investor to B612 and other efforts, why do you think it’s important to support organizations with a long-view vision?

I believe that people who take the long view are the ones who actually change the future. Of course there are existing problems that should be addressed and handled and I support people working in that capacity too. I just can’t really come up with an example of where dealing with a problem is better than avoiding it… maybe wearing the wrong dress to a party.

But so often people confuse urgency with importance. Fortunately, my entire upbringing was not to follow the crowd. I learned to speak Russian, I became a woman in tech, I was taught to go where the crowds aren’t because that’s where you can make a difference. The fact that the problem of limited asteroid detection even exists means people weren’t paying attention.

What excites you most about the “high frontier” of space and space exploration?

It’s what’s next! Personally, my goal is to retire on Mars….but not too soon! I love discovering things that are unexplored and I also love the feeling of weightlessness. I don’t want to be the first to explore and build things on Mars, but I do want to retire there and live in low gravity.

What work of art, music, science, mathematics, or literature has surprised, unsettled, or challenged you, and in what way?

The book “Grammatical Man” by Jeremy Campbell had a profound impact on me. My background and heritage is in math, rules and logic. My parents were a mathematician and a physicist. But my grandfather was a composer, and Campbell’s book spoke of the grammar of music. “Grammatical Man” helped me appreciate music and to see how important structures and grammar are to music as well as to language.

What is your favorite quote about space or astronomy or making the world a better place? Who said it?

“To go fast, go alone. To go far, go together,” from Nelson Mandela – and probably many other wise people before him. I love this quote because it’s not just about exploration or astronomy or space, but about politics, life, or any kind of endeavor.

If you had to name your real life superpower, what would it be?

Asking questions that make people think – not just to see new things, but to see old things in new ways.

Is there anything else you’d like to share with our readers and the B612 / Asteroid Institute community?

For me, it’s so obvious that solving the asteroid threat issue this early is better than fixing it later! We have the capacity to go look for these things, and it’s crazy not to do so. But they get that. It’s the rest of the world that needs to pay attention.