How Many Asteroids Will LSST Find? We Now Have An Estimate – By Dr. Ed Lu 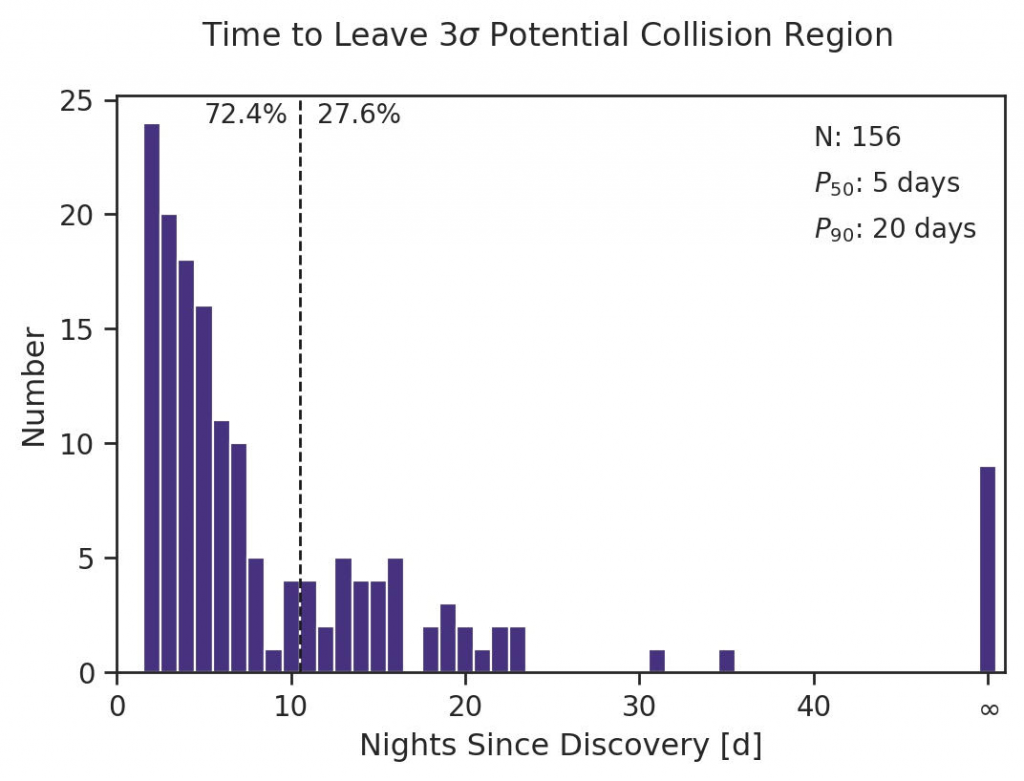 156 Tunguska sized or larger Near-Earth-Asteroids were discovered in our simulation of year-one LSST operations that periodically pass close enough to Earth’s orbit to pose a collision risk. Most of these potential threats can be ruled out given a few more weeks of observations, but 8 of them could not be ruled out as impact risks.

Will we soon discover an asteroid that has a chance to hit the Earth?  The answer is “quite possibly”.  The new Vera Rubin Observatory will discover asteroids with orbits that will pass so close to Earth that a collision cannot be quickly ruled out.  This is our major finding of our recent work we reported on at the Planetary Defense Conference.

The Planetary Defense Conference is held every other year and brings together international experts to discuss the threat to Earth posed by asteroids and actions that might be taken to deflect a threatening object. B612 has been a sponsor of this conference since its inception. The 2021 conference was held virtually from April 26-30, 2021. The Asteroid Institute team submitted a paper titled “Characterizing the Population of Near-Earth-Asteroids to be Discovered in Year One of LSST Operations”, which I co-authored with Joachim Moeyens, Dr. Mario Juric, and Dr. Siegfried Eggl.  In this work we answer the question: “How many asteroids will the LSST find in its first two years of operation?”. This is an important question and the answer is even more important because it confirms that we must be ready for the deluge of asteroid discoveries when Vera Rubin Observatory (formerly LSST’s) begins operations. You can watch my “lightning” talk at the conference here.

When the Vera Rubin Observatory goes online in 2023, it will become the world’s largest astronomical all-sky survey telescope. An important result of our work is to confirm that within just the first year of operation, the Vera Rubin Observatory will discover more than 9,000 Near-Earth-Asteroids larger than the Tunguska asteroid (diameter approximately 50 meters), as well as thousands of smaller asteroids. This will roughly double the total number of “city killer” asteroids that have been discovered to date by all previous observatories. However, the most significant part of this work is that many of these newly discovered asteroids will have a possibility of hitting the Earth which cannot immediately be ruled out.

We found that about 1.7% of these asteroids, or about three newly discovered asteroids per week, will have orbits which will be determined to occasionally take them very close to Earth.  Usually, it will only take a few weeks of additional observations on such asteroids to rule out the possibility of an Earth impact, but some asteroids can take considerably longer.  It is these asteroid cases that we will need to continue to monitor.  Now is when we must develop broadly accessible, transparent and open source computational tools to calculate and understand asteroid orbits, and we believe that our open source Asteroid Decision and Mapping (ADAM) platform will be a critical public resource in the analysis of these asteroid trajectories. 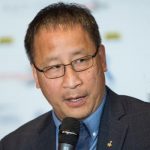 Dr. Lu is the Executive Director of the Asteroid Institute, a program of B612 Foundation. Dr. Lu served as a NASA Astronaut for twelve years. He flew aboard the Space Shuttle twice, and flew on the Russian Soyuz to the International Space Station where he did a six-month tour. He has logged over 206 days in space. Dr. Lu has been an active research scientist working in the fields of solar physics, astrophysics, plasma physics, cosmology, and planetary science. He held positions at the High Altitude Observatory, the Joint Institute for Laboratory Astrophysics, and the Institute for Astronomy.  At Google, he led the Advanced Projects group which built imaging and data gathering systems for Google Earth and Maps, Google StreetView, and Google Books.  He is also a co-founder of LeoLabs, a startup building and operating a network of ground based phased array radars for tracking satellites and space debris in Low Earth Orbit. Ed is also the co-inventor of the Gravity Tractor, a controllable means of changing the trajectory of an asteroid.