Imaginators In Action Clubhouse Talk on Asteroids with Astronauts & Futurists

Asteroid Institute was on Clubhouse for an Imagination In Action (IIA) interview with hosts John Werner of TEDxMIT, and Alison Sander of Boston Consulting Group. Panelists were B612 president and Asteroid Day co-founder Danica Remy, Asteroid Institute director and 3x astronaut Ed Lu, B612 and Asteroid Day co-founder and Apollo 9 astronaut Rusty Schweikart, futurist and B612 board chair Peter Schwartz, roboticist and MIT professor emeritus Rodney Brooks, and 4x astronaut Steve Smith. These “imaginators” held an educational discussion on the audio-only platform Imagination In Action: Asteroids.

John began by asking Danica “What is an asteroid?”

Danica explained that an asteroid is an “amazing multi-faceted celestial object.” Asteroids brought us the seeds of life on our planet, including our source of water. They have incredible destructive capabilities, and one “wiped out” the dinosaurs. Asteroids are leftover rocks from the creation of the solar system. They offer natural rich ore bodies, which could provide potentially all kinds of resources in space, including water used for human expansion into our solar system. 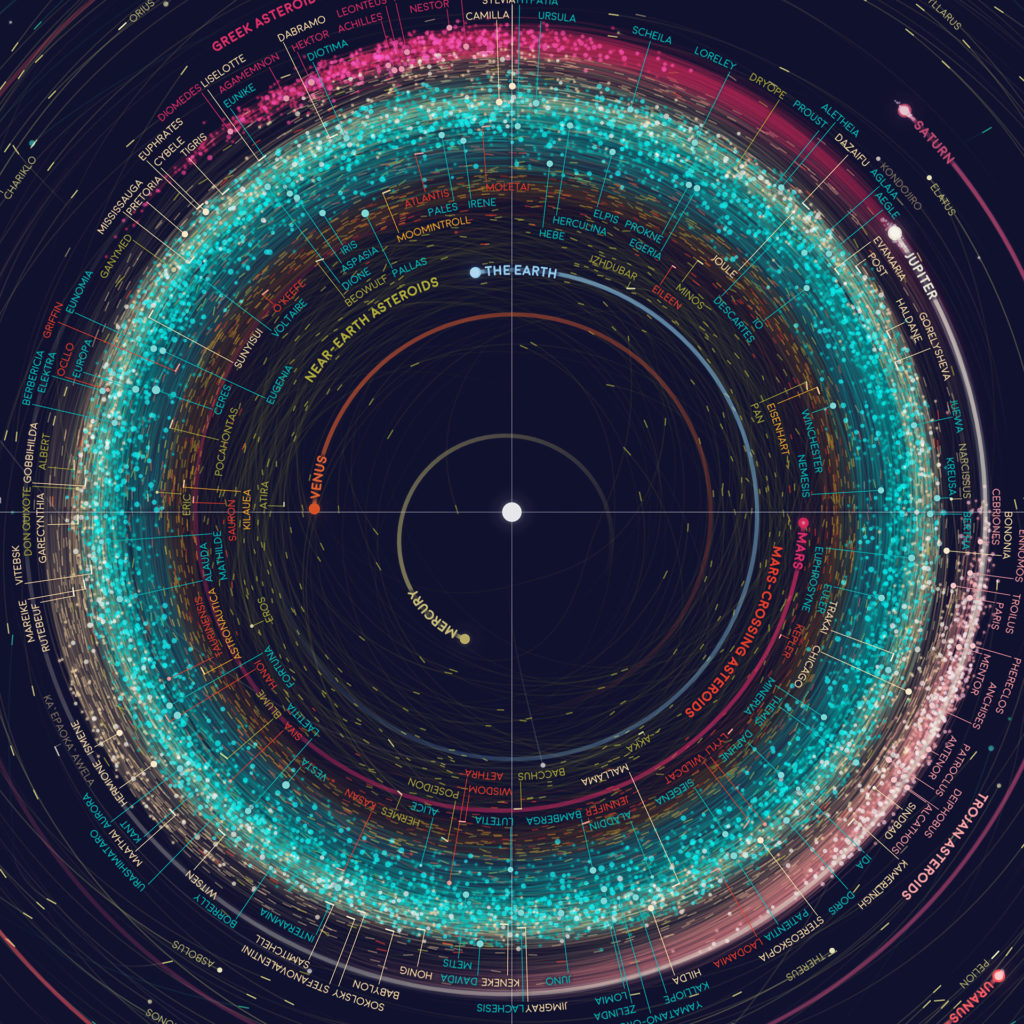 Then Danica talked about three different ways to prevent an asteroid from impacting Earth. The first is a kinetic impact. The second is gravity tracking to tow an asteroid. And the third is with a nuclear device using the energy from an explosion to push an asteroid. The first two are preferable, but only possible with enough advanced warning.

Danica pointed out we need to accelerate asteroid discoveries. We know about 28,000 near-Earth asteroids (NEAs). We find about 2,000 new NEAs every year. Right now those come from two telescopes funded by NASA in Arizona and Hawaii. And there are many more telescopes on the way. With the addition of Vera Rubin (LSST), and hopefully NEO Surveyor, we’re soon going to be able to map more asteroid neighbors.

Dr. Ed Lu talked about the NASA DART mission that’s launching in one month. It will be the first actual test of an intentional changing of the path of an asteroid, which feels like a moment in history. The process is affecting evolution on a grand scale to protect what Ed called the “Third Rock from the Sun;” that’s us. Astronaut Steve Smith said visiting Meteor Crater in Arizona dramatically changed his view of asteroids and the damage they can cause. 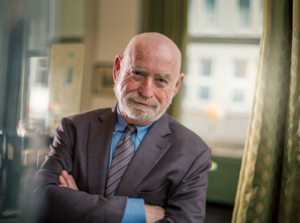 B612 Board Chair
Peter Schwartz

Futurist Peter Schwartz, who was a consultant for the extinction-event movie Deep Impact, said “Asteroids are one of two big things that have altered the future of the world and of space. We’ve changed to boosters actually coming back from space. Our former system used to be equivalent to throwing away an airliner after each flight. The new reusable booster approach makes space tourism and the new space economy possible. Asteroids have given us a new sense of purpose. We now imagine habitation-based settlements, mining, and other roles that asteroids can play. The real space age has finally begun.” 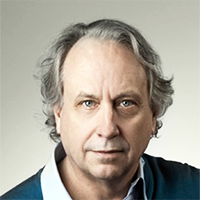 Roboticist and entrepreneur Rodney Brooks at the IIA interview: “if we are successful in directing asteroids, we can mine them for resources.”

In closing, John Werner said: “All of us can play a role, and private citizens and the private sector can help here.” Rusty reminded us we’re responsible for where evolution takes us in this Universe. And Dr. Lu said, “It is critical that we get an inventory of where the asteroids are, and where they are going.”

Our work at Asteroid Institute focuses on building the tools to organize, calculate, visualize, and understand asteroid trajectories. Please enjoy the audio recording (link below), and if you like what you hear and learn, consider donating to B612 today.