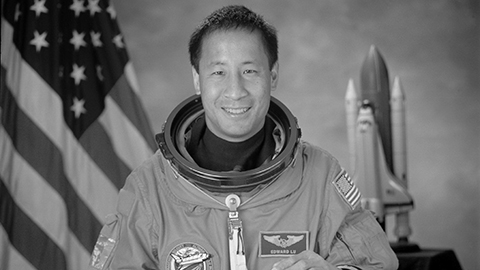 Asteroid Institute
Board Of Directors
Leadership

Dr. Ed Lu is an explorer whose quest is to map the unknown—whether by tracking space debris in Earth orbit at LEOlabs, mapping the world with Google Maps, or his current work mapping the inner solar system. Ed co-founded B612 with Apollo 9 astronaut Rusty Schweickart, Clark Chapman, and others. Ed currently serves as Executive Director of the Asteroid Institute, which is a program of B612 Foundation.

As a NASA Astronaut, Ed flew three missions, logging 206 days in space, to construct and live aboard the International Space Station. A graduate of Cornell, Ed earned a Ph.D. from Stanford in astrophysics and has numerous commendations, including NASA’s highest honor: The Distinguished Service Medal.