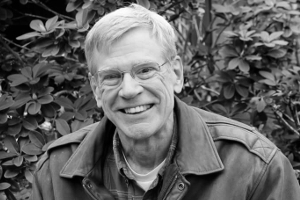 Harold is a planetary astronomer with more than 30 years experience specializing in the design and building of interplanetary spacecraft and astronomical imaging detectors. During his tenure at Ball Aerospace, he led design teams for Hubble Space Telescope, was the principal investigator for NASA Planetary Instrument Design, the Flight Project Manager of the Sub-millimeter Wave Astronomy Satellite instrument program, and lead systems engineer in support of science teams for several NASA science instrument programs, including the GIOTTO mission that flew past Halley’s Comet in 1986, and discovered satellites of Saturn and Neptune.

Harold has published more than 50 papers in the areas of astronomy, planetary science and space missions including studies of asteroids and planetary satellites. He also received a U.S. patent for the Optically Coupled Shaft Encoder. He has a Ph.D. in astronomy from New Mexico State University and is a member of the American Astronomical Society, American Association for the Advancement of Science, American Institute of Aeronautics and Astronautics, and the International Astronomical Union; and is listed in Who’s Who in America. Asteroid 13327 Reitsema is named in recognition of his contributions to Planetary Science.