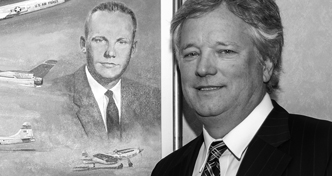 Son of Astronaut Neil Armstrong, Rick has proudly continued his father’s legacy of giving back through his own philanthropy and by representing the Armstrong family. Rick earned a B.A. in Biology from Wittenberg University with a concentration in marine biology. He worked for a number of years as a marine mammal trainer, ending up at the Naval Ocean Systems Center Hawaii Lab. In 1988 he began working at a software development startup in Ohio, where he worked until 1994. Rick then went into business for himself as a software developer and consultant, which continues to this day.

Rick enjoys playing golf in his spare time, and plays in the progressive rock band Edison’s Children. Rick also serves on the Board of Trustees of the Astronaut Scholarship Foundation.