Have you ever been asked a question to which your truthful response is: “Well, that depends…”?  It happens all of the time.  For example, your availability to meet with someone might depend upon factors as diverse as adjacent meetings, the weather, etc.  Sometimes, prediction is, quite simply, uncertain.

Especially at this time the year, the most notable example of ‘prediction uncertainty’ is hurricane forecasting.  The National Weather Service generates a most-likely hurricane track that is enveloped within a ‘cone of uncertainty,’ representing the range of potential tracks that are all consistent with measurements of winds, temperatures, pressures and other meteorological data. All of these measurements have their own associated uncertainties.

Tracking the orbits of asteroids is similarly affected by prediction uncertainty.  This uncertainty arises because our telescopic observations of the location of a particular asteroid have inherent uncertainties (i.e., there are no perfect measurements).  When fitting orbital trajectories to these measurements, we must take into account the uncertainty associated with each observation.  What we find is that there is a range of potential orbits, all of which are consistent with the observational uncertainties.   Ultimately, with more observations and greater accuracy of each observation, the range of possible orbits will be smaller, and the better we can determine the actual asteroid orbit.  However, obtaining additional observations of a distant asteroid is not always possible.

So, what’s an astrodynamicist to do?  Well, similar to the way in which meteorologists use computer modeling to generate the hurricane’s cone of uncertainty, we use computer-modeling techniques to predict the potential asteroid-orbit trajectories – and to see if any of these potential trajectories impact the Earth.  The spread of these potential trajectories allows us to visualize and understand how likely it is that an asteroid would hit the Earth, and what our options – should they be necessary – would be for deflecting that asteroid.

For example, recently, asteroid 2018 VP1 has been in the news, especially since its predicted close approach and potential interaction with Earth (on 11/2/2020) come a day before the upcoming US presidential election.  Per the JPL Center for Near Earth Object Studies, this asteroid is not a cause for concern because it is far too small to do any damage; it would simply burn up in the atmosphere long before hitting the Earth’s surface.  But it does serve as a useful example for how we predict asteroid trajectories.

For asteroid 2018 VP1, there are only 13 days worth of observations, all from November of 2018.  Since that time, this asteroid has not approached close enough to Earth for us to add to our set of observations.  This means that there is a substantial range of orbits that are consistent with our relatively-small set of observations.  The situation is similar to that of a baseball outfielder, who, shortly after seeing the ball come off the batter’s bat, then loses sight of the ball.   The outfielder’s ability to predict where the ball is going is much worse than if he had been able to follow the ball all the way to the outfield.  In a similar way, in the case of asteroid 2018 VP1, although scientists have a good idea as to the asteroid’s orbit, they hope that, as the asteroid approaches Earth, it’s able to be re-tracked to provide better accuracy of its Earthbound approach.

Fortunately for us, based upon the best current estimates, there’s a 99.64% chance that the asteroid will completely miss the Earth.  That’s certainly good news.  But, since seeing is believing, how can that best be visualized?  Using the B612 Asteroid Institute’s Asteroid Decision Analysis and Mapping (ADAM) system, for any number of simulated asteroid orbits, the associated points-of-closet-approach can be plotted – in three-dimensional space – relative to the Earth.  In one such analysis, 100,000 Monte Carlo executions of the orbit of asteroid 2018 VP1 were generated, resulting in the following close-approach animation.

Note here that what looks to be yellow lines are actually numerous separate, potential-close-approach yellow ‘dots,’ some stretching as far as 500,000 km from the Earth!  So, not only is asteroid 2018 VP1 unlikely to affect the Earth whatsoever, it’s more than likely to pass far enough from the Earth that it may not even be visible while doing so.  Finally, as mentioned above, less than 0.4% of the potential trajectories do, in fact, intersect with the Earth.   Below, we display those potential Earth intersections, which occur along an arc stretching across the northern Pacific Ocean.  This means that in the small 0.4% chance that 2018 VP1 does approach the Earth, it would do so somewhere along this red arc.  However, given that this asteroid is estimated to only be about 2 meters across, the effect would be merely a very nice shooting star in the sky.  So, if you’re on the US west coast and happen to be up around 3:30am [PT] on 11/2/20, look up in the sky.  The shooting star that you see might just be 2018 VP1 !

NOTE: B612 has previously reported on this asteroid  2018 VP1 here and Dr. Ed Lu and Danica Remy spoke to Salon.com here.  It’s also important to remember that a very small portion of Near-Earth Asteroids have been discovered. Humanity’s challenge is accelerating the rate of asteroid discovery. There are a total of 21,437 known near-earth asteroids today, of all different size ranges. 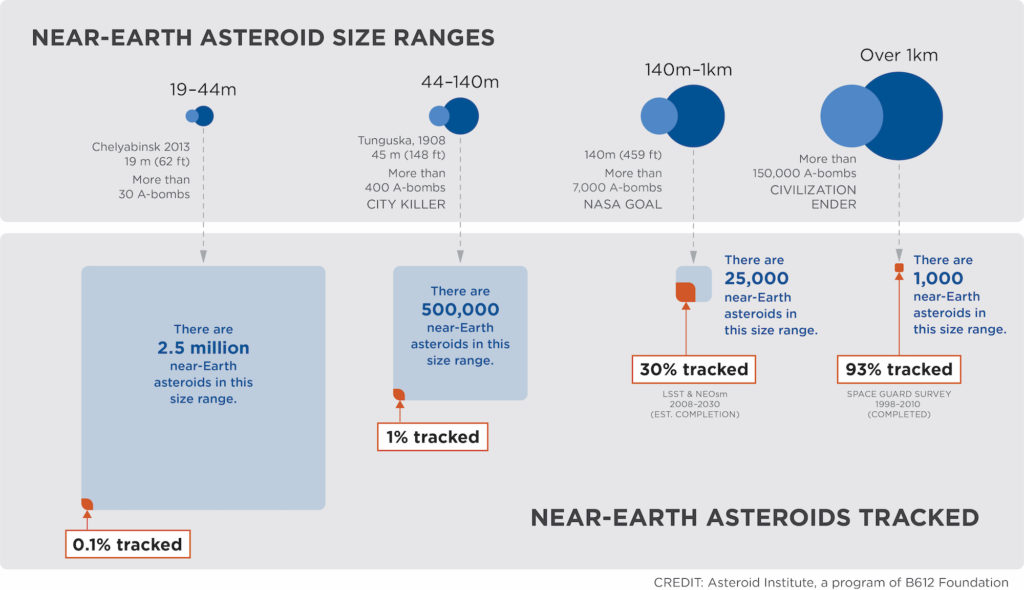 More than 99% of the asteroids large enough to destroy a city (like the Tunguska asteroid) remain untracked. As of October 1, 2020, the Minor Planet Center has 23,932 near-Earth Asteroids in its database. This year, 2084 new NEAs were discovered, largely by Pan-STARRS and Catalina Sky Surveys 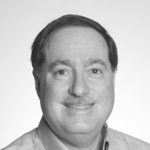 Allan Posner is an Asteroid Institute astrodynamicist and senior systems engineer. He has played integral roles in NASA and DoD programs. For the NASA NEAR program, as part of the Mission Operations Team, he designed and performed in-flight trajectory-correction maneuvers; as the Mission Operations Team’s GN&C subject-matter expert, he led in-flight operations of the magnetometer and the multi-spectral-imaging camera; he also developed command procedures that were executed during I&T and during spacecraft operations.

For the NASA FUSE program, he conceived and developed the Satellite Control Center (SCC) architecture, requirements, interfaces and software functional designs; and validated SCC functionality from development through Launch and Early Operations.

He also authored a winning SBIR proposal to integrate Spacecraft Command Language (SCL) into the Air Force Research Laboratory’s projects for Space Vehicles Technology Development and Spacecraft Autonomy. Posner has also authored and presented several papers at industry and international symposia.  He attended the Johns Hopkins University where he earned degrees (BA and MA) in Physics and (MS) in Computer Science.