This fall, the Asteroid Institute (a program of B612) partnered with the University of California Berkeley’s Data Science Discovery Program and three of their undergraduate students to work on real-life problems that ultimately enhanced aspects of our Asteroid Discovery Analysis and Mapping (ADAM) platform.

Tanay Bhadra, a sophomore with an intended major in Physics and Computer Science, has always had an interest in space and was looking for an opportunity to work with astro datasets and hone his research skills. With that focus, we had Tanay work on a core part of our Precovery algorithm. ADAM’s fast Precovery relies on splitting the sky into a grid of healpixels (Hierarchical Equal Area isoLatitude Pixelisation), and searching for coincident observations within those healpixels. At multiple stages in the algorithm, it can be useful to perform operations on larger healpixels, and then return to the healpixel scale that our Precovery database uses. This is called downsampling in healpixel space, the core part of our Precovery algorithm that Tanay focused on.

Junior Mallory Helfenbein is majoring in Astrophysics and minoring in Data Science. She had previously researched with UCB Astronomy Department and wanted to apply those skills to a new area of study, and in collaboration with our Asteroid Institute crew, has contributed to a key part of our Precovery image cutout process. When we generate image cutouts for Precovery matches, it is sometimes unclear what object was actually detected by the algorithm. This is especially difficult in a crowded field, where many dots are visible. In order to fix this, Mallory added the functionality for our cutouts package to indicate which candidate in the field a match corresponded to. This is a hugely beneficial addition to cutouts, which is necessary to vet candidates as they are returned from Precovery.

Ethan Yoo, a junior double majoring in Data Science and Applied Mathematics, wanted to work with a novel domain and develop his data science skills through his internship with the Asteroid Institute. Ethan took on analysis of Precovery’s runtime and precision with varied run parameters. Our Precovery algorithm uses N-body propagation (an orbital mechanics simulation considering the gravitational effects of the most massive solar system bodies) to the center of “windows” in time, and then much faster 2-body propagation within each window to determine which of the Healpixels we mentioned earlier might contain observations of the target orbit. Large window sizes cause Precovery to run faster, but it is possible that we miss healpixels with the less precise propagation. Ethan gathered timings and statistics on the matches returned while varying the size of these “windows”, which is valuable in determining how we tune Precovery to balance precision and speed. 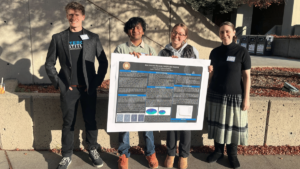 These students have been instrumental to our progress this year, and we are proud to announce that our team was recognized with the Ribbon of Excellence award at the UC Berkeley Data Science Symposium this December. Many thanks to Tanay, Mallory and Ethan and collaborators this term, as well as to UC Berkeley for their support and invitation to participate in the program. 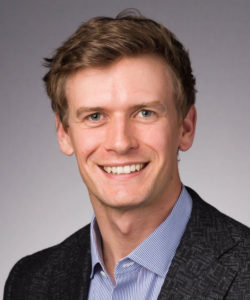 Nate Tellis is a Asteroid Institute software engineer working on developing and scaling ADAM services on the cloud, as well as providing clean and clear web and API interfaces for use by the astronomical community. Nate spent several years as a staff scientist with the UC Berkeley Department of Astronomy and holds his Bachelor of Science in Physics and Computer Science from McGill University, Montreal.