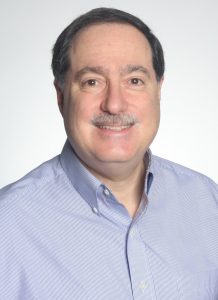 Meet Allan Posner, an engineer and astrodynamicist at the Asteroid Institute, who’s focused on the ADAM project. You might have read Allan’s blogpost about Asteroid 2018 VP1; if not, you can find it here.

Allan is an integral member of the Asteroid Institute team, previously holding leadership roles in NASA and DoD programs. As part of the team, Allan is contributing to the development of the Asteroid Decision Analysis and Mapping platform or ADAM. In a nutshell, ADAM is a platform for mapping, modeling, and analyzing asteroid observations and data, primarily from the Vera Rubin Observatory (formerly named LSST). Allan is testing the ADAM software to determine how closely it compares with computations using other astronomical surveys. He does this by identifying test cases, the appropriate test input data, running simulations on ADAM, and then comparing the output. This is important for ADAM so we can understand how to tune the algorithms properly and ensure that ADAM works as expected.

On February 17,1996, NASA launched the Near Earth Asteroid Rendezvous (NEAR)-Shoemaker mission. It was the first mission dedicated to exploring asteroids and it became the first mission to orbit and touch down on an asteroid – paving the way for all future asteroid missions. On this historic mission, Allan designed and performed in-flight trajectory-correction maneuvers; as the Team GN&C  (Guidance, Navigation and Control) subject-matter expert, he led in-flight operations of the magnetometer and the multi-spectral-imaging camera; he also developed command procedures that were executed during I&T  (Integration & Test) and during spacecraft operations. This opportunity solidified Allan’s interest in space systems and inspired him to seek out and participate in ventures such as the B612 Asteroid Institute.

For the NASA FUSE program, he conceived and developed the Satellite Control Center (SCC) architecture, requirements, interfaces, and software functional designs; and validated SCC functionality from development through Launch and Early Operations.

He also authored a winning SBIR proposal for a company that developed and  integrated Spacecraft Command Language (SCL) into the Air Force Research Laboratory’s projects for Space Vehicles Technology Development and Spacecraft Autonomy.

He has also authored and presented several papers at industry and international symposia.  He graduated from the Johns Hopkins University where he earned a BA in Physics, an MA in Physics,  and an MS in Computer Science.

Stay tuned for updates on ADAM with highlights of Allan’s contributions.