By: Kathleen Kiker and Carise Fernandez

One of the goals of research at the Asteroid Institute is to make interpretation of asteroid data open and accessible. As part of that goal, we also believe in the importance of open source software and algorithms, since those play a big part of the data interpretation process.

Following several successful hack-a-thons over the last several years, we hosted a hackathon (virtual, of course!) a few weeks ago in February.  Our extended team of engineers, astrodynamicists and researchers logged in from Washington, Maryland, Florida, California, Maine, Michigan and Virginia. 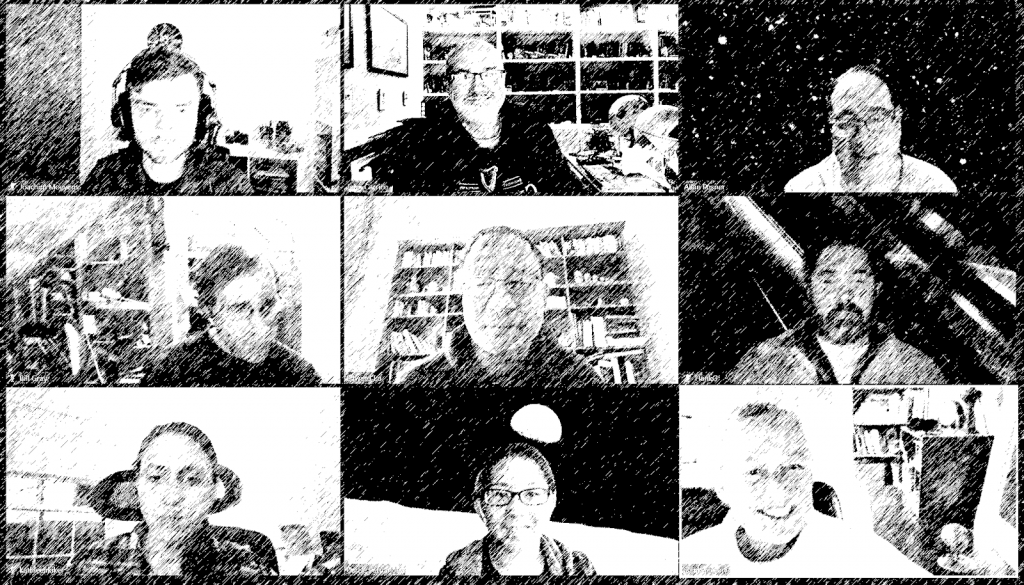 We had four main goals for the hackathon.  They included:

– Develop Python tools that are relevant for our engineering and research

– Open source this work to the larger astronomy community,

– Create a robust set of tests that validate ADAM’s results against trusted standards, such as JPL Horizons or NEODyS.

Everyone on the team first focused on developing validation tests. Our goal with the validation tests is to provide a quantitative comparison of how ADAM’s computed results stack up against known results from other sources like Horizons. It all seems simple, but there are a lot of moving parts, such as curating test data, writing tests to ensure that software behaves correctly even with new features, and automating the tests to run on a regular basis.

We then split into two groups. One group worked on building a comprehensive test suite of asteroids. The other began working on the Python code to validate ADAM’s results against data from Horizons, as well as comparing different orbit computation engines. After spending time in these two workstreams, we agreed that we needed other tools to help us and future ADAM users work more efficiently.

Another group began work on a web scraping tool that pulls asteroid data directly from the NEODyS website. This “NEODyS scraper” is an important tool for us, as it streamlines and speeds up our own research, helping users avoid copy-paste errors when looking up data for things like validation tests and ADAM workflows. It is also a feature that has been highly requested in other data scraping toolkits. We plan to open source this NEODyS scraper as part of astroquery, another popular astronomy Python library.

One of the challenges that we often discuss amongst our team is the need for utilities to convert between different time frames or units. Google search quickly helps us when we want to know “ml in gallon” or “AU in km”, but things get trickier if we need conversions for “cometary to Keplerian” or “UTC to TT”. Over the last few years, several of our engineers and scientists have written utilities to perform these exact conversions, and they expanded on this work during the hackathon. We are now in the process of packaging these tools and determining which ones we can open source to other astronomy libraries.

The momentum of this hackathon will carry over to new projects and continued improvements in our ADAM platform. While we couldn’t meet in-person due to the circumstances, we still achieved big steps toward more tools for the open source community to leverage as we build ADAM. Thanks to all of our contributors who took the time to participate! 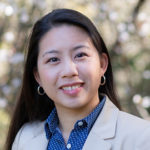 Carise is the lead software engineer working on the Asteroid Decision, Analysis, and Mapping (ADAM) platform at the B612 Asteroid Institute. She has worked at numerous startups building products in the cloud. Prior to joining the Asteroid Institute, Carise was a software engineer at Google, where she developed cloud security products in Google Cloud Platform. She is looking forward to scaling ADAM to process large amounts of data, as well as making that data accessible and useful for the scientific community. She is also excited to be contributing to Asteroid Institute’s open-source effort for asteroid detection. Carise received her BS in Electrical Engineering and Computer Science from UC Berkeley. 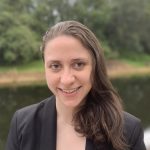 Kathleen is a software engineer working on project ADAM. Kathleen joined the ADAM team from Lockheed Martin where she led the development for the latest releases of large-scale Fortran and C++ physics modeling codes to run on high-performance computers (HPC). Her prior research focused on Black Hole formation using Cloudy simulation software.

As a key member of the ADAM engineering team, Kathleen will focus on adding orbit determination to the ADAM workflow, building the data pipeline from observed celestial object positions on the sky to predictive orbits. This involves integrating and testing open source astrodynamics software with the ADAM backend using Apache Beam, an open-source Java SDK (Software Development Kit) for creating data processing pipelines.

No Hack-a-thon is complete without long hours and food.  While our whole ADAM is not reflected you can meet some of the team by clicking on their lunch during the hackathon.